2.
Get Out
Jordan Peele

4.
Call Me by Your Name
Luca Guadagnino

11.
Battle of the Sexes
Jonathan Dayton and Valerie Faris

30.
The Sense of an Ending
Ritesh Batra

32.
Nobody Speak: Trials of a Free Press
Brian Knappenberger

38.
The Killing of a Sacred Deer
Giorgos Lanthimos

53.
A Woman, a Part
Elisabeth Subrin

61.
War for the Planet of the Apes
Matt Reeves

65.
Joan Didion: The Center Will Not Hold
Griffin Dunne

72.
Beauty and the Beast
Bill Condon

86.
Whitney: Can I Be Me
Nick Broomfield and Rudi Dolezal

87.
It Happened in L.A.
Michelle Morgan

108.
Dave Made a Maze
Bill Watterson

117.
The Mountain Between Us
Hany Abu-Assad

121.
All the Money in the World
Ridley Scott

129.
Everything, Everything
Stella Meghie

135.
It
It: Chapter One
Andrés Muschietti 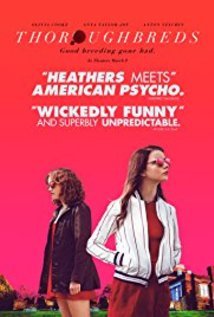